Color blindness or color vision deficiency (CVD) includes a wide range of causes and conditions and is actually quite complex. Usually when people talk about color blindness, they are referring to the most common forms of red-green color blindness, which are genetic conditions caused by a recessive gene on the X-chromosome, but there are other types as well. 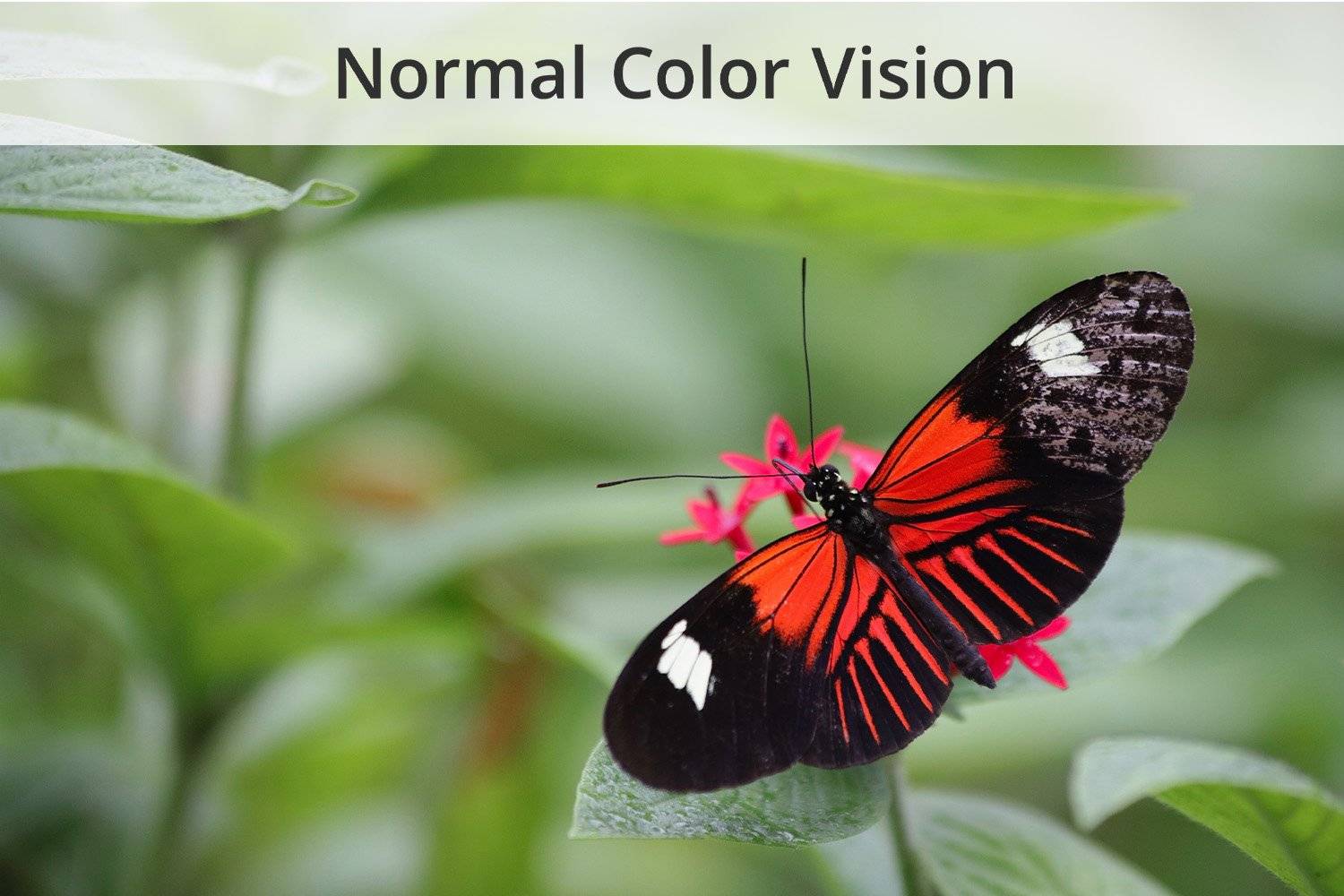 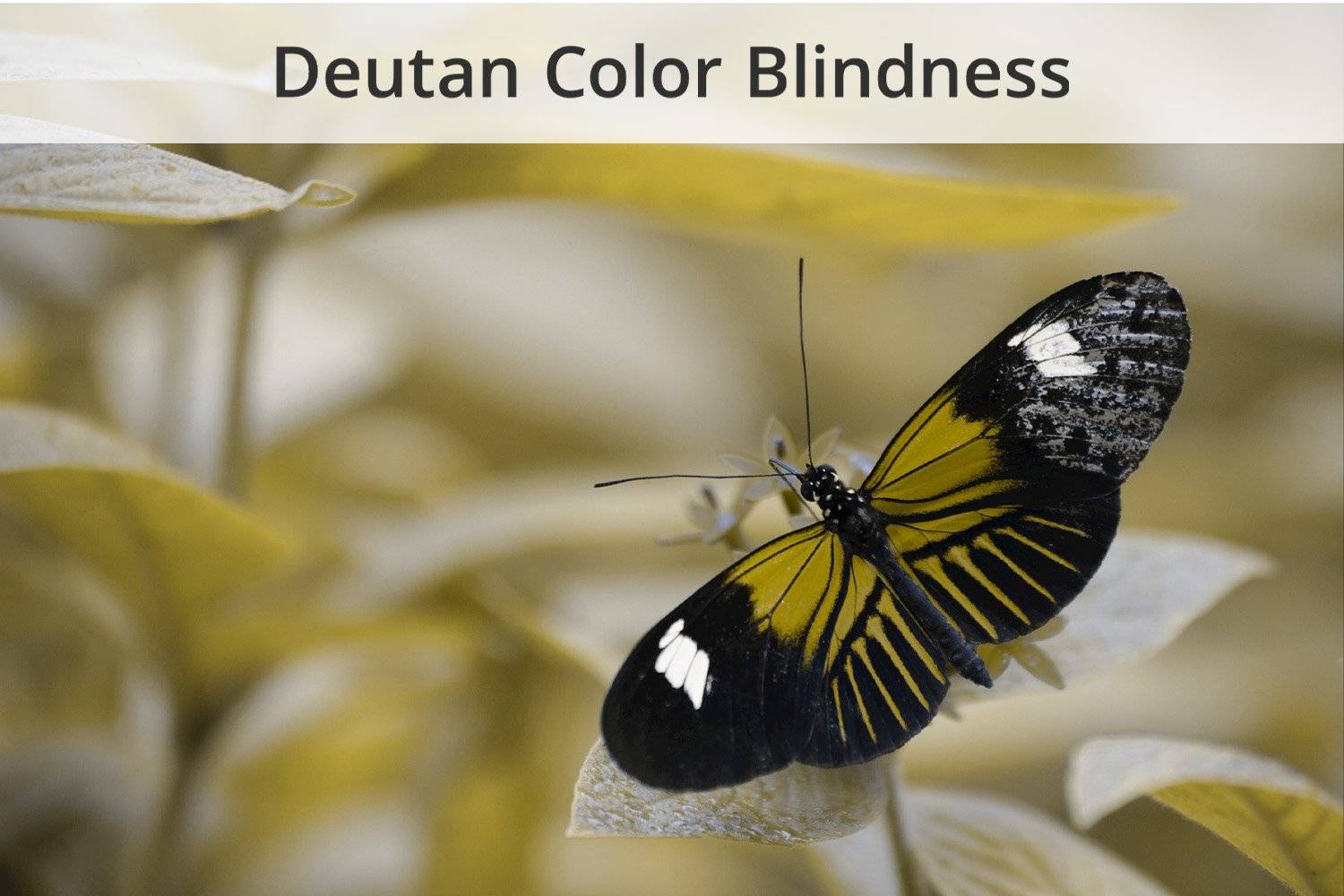 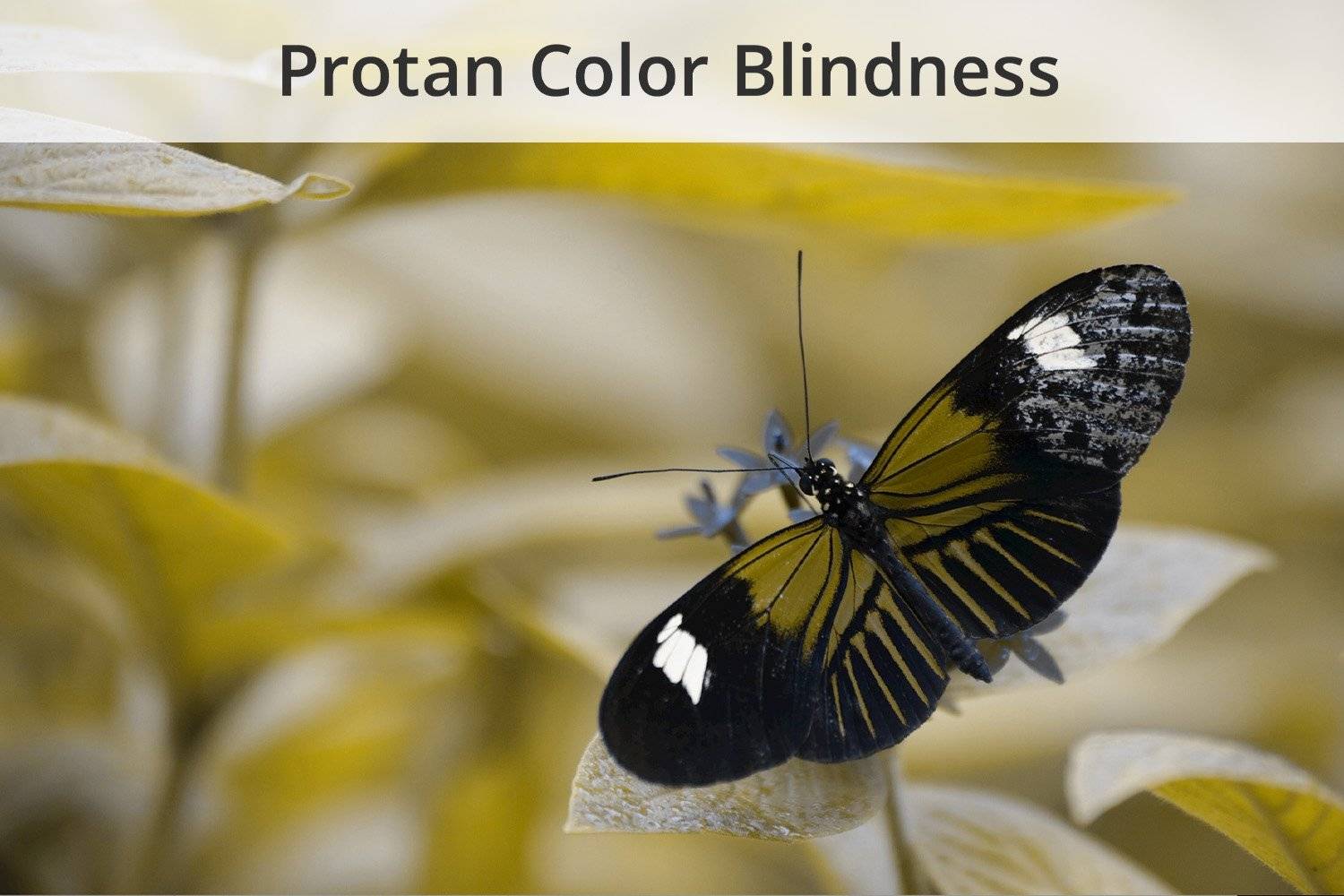 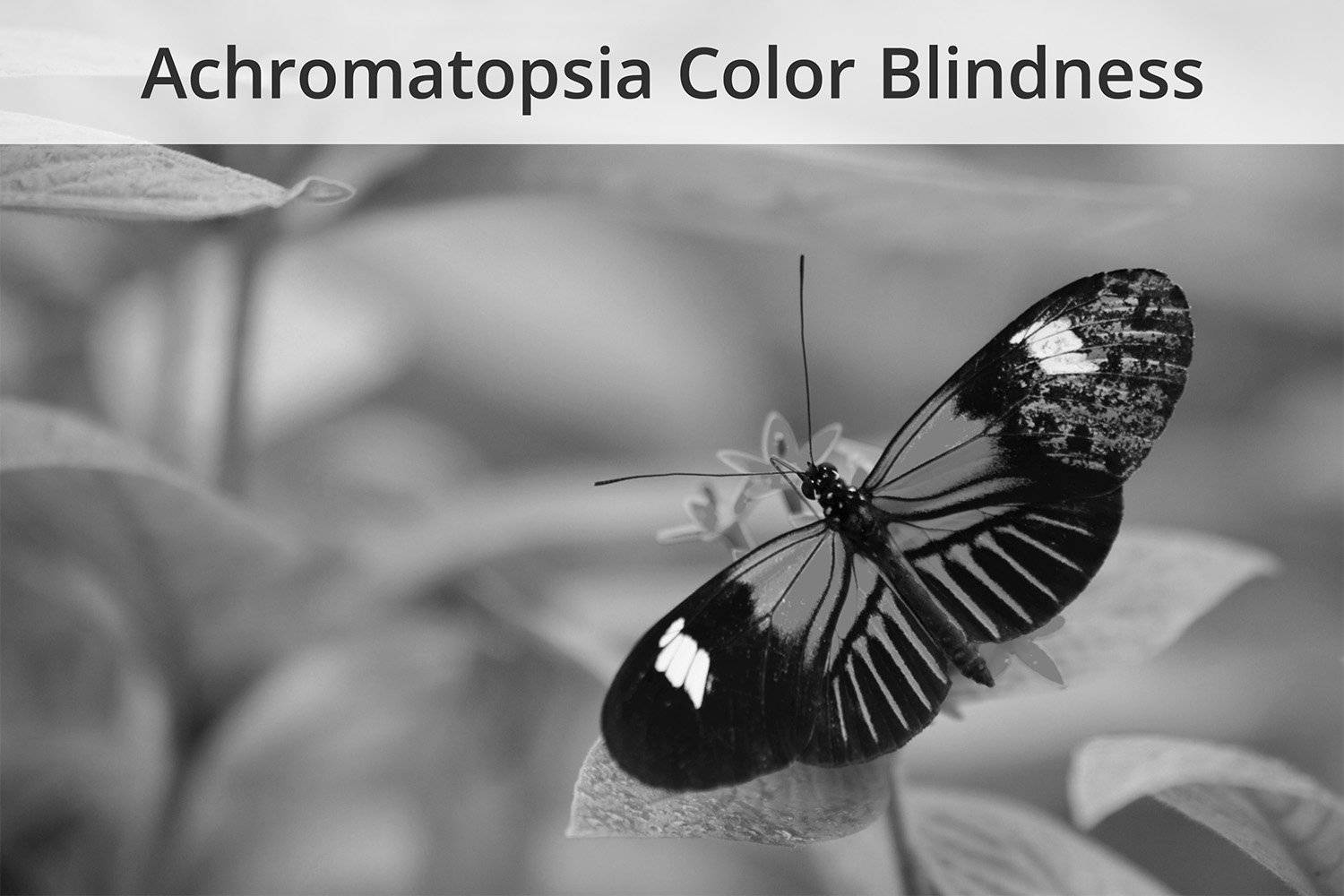 Protan Color Blindness (“pro-tan”) is an anomaly of the “L” cones. The “L” stands for Long Wavelength Light, which is generally seen as red light, mainly responsible for seeing red colors. In Protan-type CVD, the spectral sensitivity of the L-cone is shifted toward shorter wavelengths, so that it does not receive enough red light, and receives too much green light compared to a normal L-cone. Protan-type CVD includes protanomaly, which is a partial shift of the L-cone, and protanopia, which is a complete shift of the L-cone. It is estimated that about 25% of cases of red-green color blindness are of the protan type.

A person with protan type color blindness tends to see greens, yellows, oranges, reds, and browns as being more similar shades of color than normal, especially in low light. A very common problem is that purple colors look more like blue. Another common issue is that pink colors appear to be gray, especially if the pink is a more reddish pink or salmon color. Another symptom specific to protan color vision deficiency is that red colors look darker than normal. For example, if red text is printed on a black background, it can be very hard to read because the red appears to be very dark. 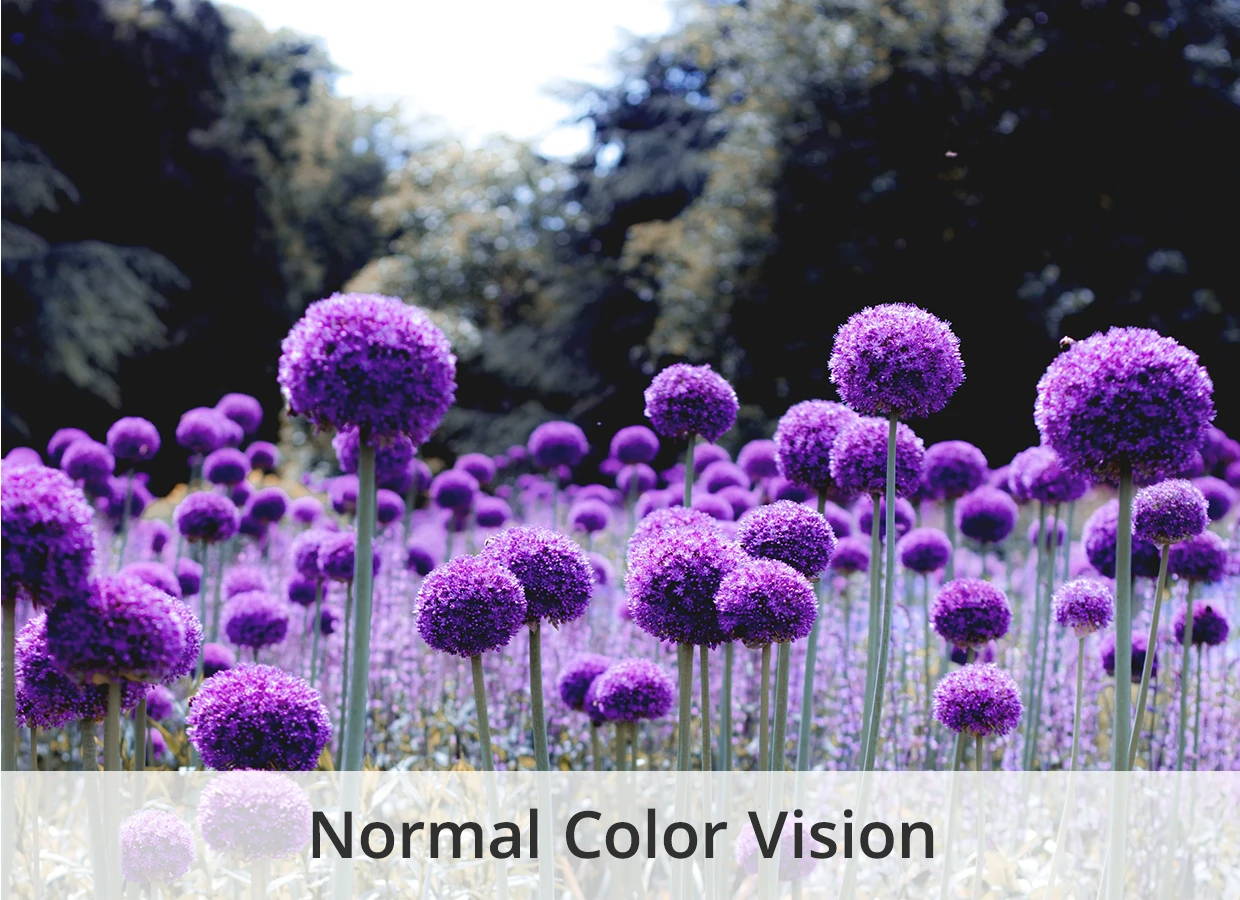 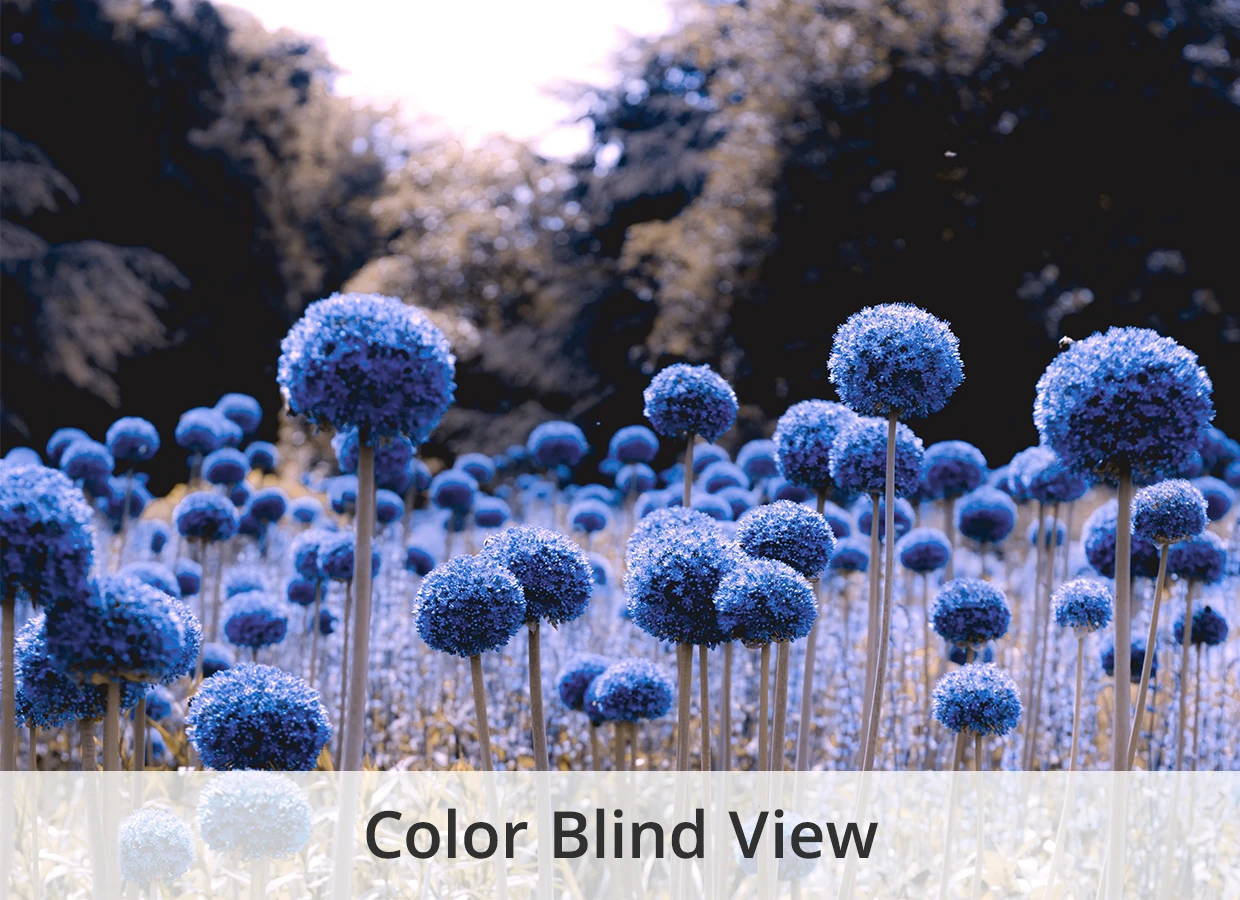 Those with Deuteranomaly color blindness may mistake purple for blue.

Deutan Color Blindness (“do-tan”) is an anomaly of the “M” cone. The “M” stands for Medium Wavelength Light, which is generally seen as green light. In Deutan-type CVD, the spectral sensitivity of the M-cone is shifted toward longer wavelengths so that it effectively receives too much red light and not enough green light.

A person with deutan color vision deficiency may experience confusions between colors such as green and yellow, or blue and purple. Another common symptom is that green traffic signals appear to be a very pale green or sometimes white. Common color confusion also occurs between pink and gray or white, especially if the pink is similar to a light purple.

Tritan Color Blindness (“try-tan”) includes tritanomaly and tritanopia. It is also sometimes called blue-yellow color blindness. Tritan color blindness most commonly acquired later in life due to aging of the eye or a medical condition such as glaucoma and is only very rarely inherited from birth. Tritan color vision is generally characterized by a reduced sensitivity in the blue-sensitive “S” cone cells. “S” stands for Short Wavelength Light. The retinal S-cone cells make up only about 1% of the approximately 6 million retinal cone cells, so when they are damaged or not functioning properly, it can easily cause a degradation to color vision. Typically a person with a tritan-type color vision deficiency does not see blue colors well, and may have difficulty seeing the difference between blue and green. Cataracts, glaucoma, and age-related macular degeneration can cause symptoms of tritan color blindness. Another factor that causes reduced sensitivity to blue is the yellowing of the crystalline lens within the eye: these cells do not regenerate and over a lifetime of exposure to light, especially UV light, the lens tends to become yellow in appearance and block the transmission of blue light, interfering with color vision. Eventually this yellowing also leads to cataracts that must be treated surgically.

Trichromats, Dichromats, Monochromats are terms used in the vision science community to refer to different possible configurations of the human visual system having three (tri-), di (two) or one (mono) channel of color information. However, these terms are simplified to a great extent, because the true capability of a color vision system also depends on the degree of overlap between the channels, “perceptual noise” within the channels, and the cognitive processing capability for deciphering these signals in the visual cortex of the brain. Most cases of color blindness are considered anomalous trichromacy which means they are effectively operating at somewhere between trichromat (normal color vision with 3 channels) and dichromat (2 channels).

The EnChroma Color Blind Test is specifically designed to determine your type of red-green color blindness (deutan or protan) and level: mild deutan or protan, moderate deutan or protan, or strong deutan or protan. However there are limits to what can be tested with a self-administered online test. If you believe that you may have a color vision deficiency, EnChroma recommends getting a complete eye exam by a qualified eye care professional.

For more information about color blindness and the science behind it, go to our What is Color Blindness page.